The symbol of the National Crime Prevention Council celebrates another year delivering crime prevention and safety information nationwide. So remember to take a bite out of Crime 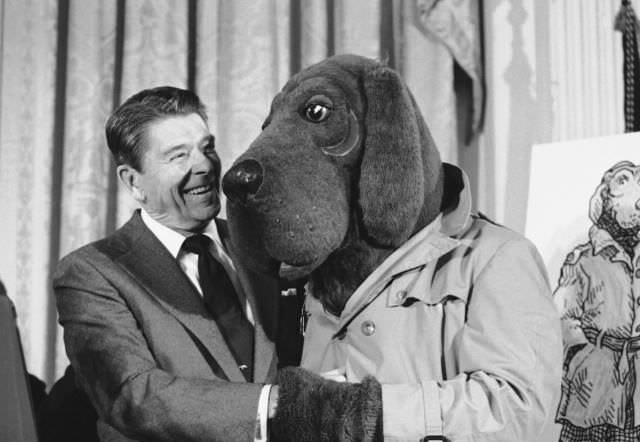 Celebrate McGruff’s and the National Crime Prevention Council’s efforts to “Take A Bite Out Of Crime” by joining us on your favorite social media site.

Back in 1980, a dog in a rumpled trench coat said, “You don’t know me yet. But you will.” Since then, McGruff the Crime Dog has taught millions of people that the police can’t fight crime alone – crime prevention is everybody’s business and everyone can help “Take A Bite Out Of Crime.”

Through television commercials, comic books, live appearances, and more, McGruff has encouraged Americans to take common-sense steps to reduce crime. Some of his favorite messages are

In 1978, the Advertising Council, Inc., accepted the mission of helping the nation learn ways to prevent crime. The Ad Council gave the assignment to Dancer Fitzgerald Sample (now Saatchi & Saatchi), which volunteered its creative time and talent. That work was supported and informed by a group of 19 agencies, which formed the nucleus of the Crime Prevention Coalition of America. Today the National Crime Prevention Council manages the National Citizens’ Crime Prevention Campaign, featuring McGruff the Crime Dog and his slogan, “Take A Bite Out Of Crime.”

Over the years, McGruff has made thousands of appearances at community and school events and on radio and television. His messages have changed from urging personal, family, and home security to more broadly based crime prevention concerns. In 1984, the U.S. Postal Service released a first-class postage stamp bearing McGruff’s likeness. By the mid-1980s, McGruff was encouraging people to join Neighborhood Watch and clean up streets and parks so they’d be less inviting for criminals. During the mid-1990s, the Campaign addressed the effects of gun-related violence on children. Current issues include volunteering, bullying, cyberbullying, Internet safety, telemarketing crime against seniors, identity theft, intellectual property theft and safe firearm storage.

Some Facts About McGruff